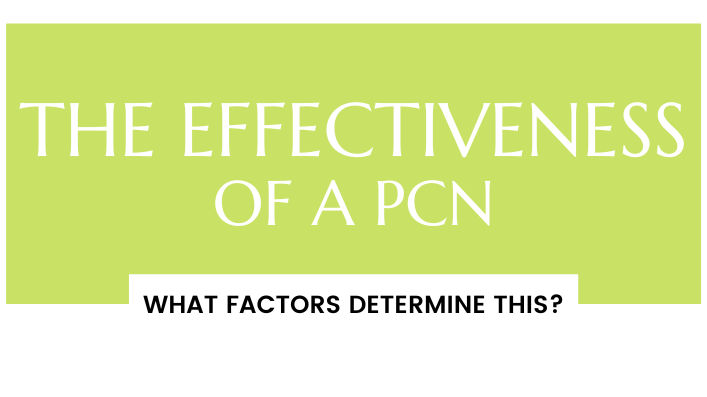 If you had to note down the top three struggles within your PCN, what would your list look like?

BMA conducted research which showed that some of the common struggles included:

Addressing the capacity gap within the GP workforce

The demographics of our population continues to change rapidly.

There are only around 37 thousand registered GPs in the UK, and the number of registered patients is now reaching 62 million (2).

This clearly places our healthcare workers under immense pressure.  If patients were to be divided evenly between all GPs, each doctor would be looking after over 1600 thousand patients. This is undoubtedly extremely demanding and draining.

Just like any of us, doctors want to have a good work/life balance. They need time for taking breaks, relaxation and family.  Overly extending anyone for a prolonged period of time is going to lead to a detrimental situation.

At the end of the day, doctors deserve to be cared for too.

Failure to do so results in increasing numbers of GPs that resign. Leading to a further increase within the capacity gap. It is a cycle that must be broken!

Currently some areas are under more pressure than others: for instance, Portsmouth is the worst hit region with only 40 GPs for 100,000 people (3). Along with areas such as Hull where 42 GPs are available per 100,000 people (4).

This situation needs to change and requires urgent attention, our GP workforce needs support to be able to accommodate the increasing number of patients under their care. What do you think should be done to help them? Reduced working hours? Better management of workload?  Something else perhaps?  (Please let us know in the comments below).

The long-term plan has been shared on the NHS website, highlighting set goals to improve and develop certain features within the NHS.

Primary care networks have been developed with the intention to accommodate for the new implementations as per the long-term plan.

For instance, enhanced access is a plan that will initiate shortly. This is intended to ensure that more patients will be able to access their required care.  Nonetheless, this will increase the workload for the healthcare workers. It will be more important than ever to ensure the workload is managed better than ever before.

Some of the other upcoming or ongoing changes include having new clinical priorities. For example, in cancer care, the plan aims to boost survival by speeding up diagnosis. By 2028, it is expected that 75 per cent of cancers will be caught at stages I or II. These changes will be lifesaving if implemented successfully.

Although the funding is increased to accommodate all new implementations, are the expectations for improvement realistic? Is the extra funding enough to achieve them?

Stability of the partnership model

Having a stable partnership model is the core of all operations within the network. Without it there will be no improvements.

The partnership model allows to form a long term and deep understanding of a local population’s needs, combined with the flexibility to respond to the needs. Without this, the care will not be personalised to communities, this could result in poor quality care and waste of resources.

Additionally, to achieve successful implementation of services mentioned above, all clinics within the PCN must have effective communication, strict goals and deadlines and great management. This way patients can receive a more personalised, efficient, and better-quality care.

Overall, we must remember to consider the struggles our PCNs embrace and celebrate the success they already achieved!

What are your thoughts on the above struggles?  Would there be others that would have made your top 3?

First, we lost our most classic of British companies, Cadbury’s, to Mondelez International (formerly Kraft) who clearly, being American, know nothing about good chocolate. Then they tampered with the Cadbury’s cream egg recipe and reduced the amount of eggs you got per pack. Now they are tinkering with the holy grail of Cadbury’s products, the most sacred of sacred British commodities: the Dairy Milk chocolate bar. This can only be bad news, right?

You are likely aware that the NHS is not – to play on words – in the best shape. When you read reports about the NHS’s current financial situation, the figures are startling.

The NHS accounts for 7% of the UK’s GDP spending, and in England alone total expenditure was £125 billion in the last calendar year. These figures are expected to rise in the coming years, despite the government’s latest £20 billion ‘birthday present’ and eight year’s worth of cuts and savings. The NHS demands a huge amount of financing, and yet remarkably there is still not enough. Reduction in the quality of care, rationing of various treatments nationwide, and NHS provider’s outgoings being greater than their incomings (by almost £1 billion in 2017/18) are all raised concerns. In short, the NHS is experiencing a financial crisis, with ever-increasing debts and financial pressures, and is becoming nothing short of unsustainable.

So what does any of this have to do with a chocolate bar? As minor as 30% less sugar in the Dairy Milk bar seems, this move by the company is part of a much bigger and more significant issue.

A large part of the reason why the NHS finances are in such a dire state is down to everyday people like you and me, and the everyday choices we make. Too much fast food, processed food, alcohol, smoking, not enough exercise, not enough fruit and vegetables: all these things mean people are getting unwell more often and then rely on the NHS to mend them back together again rather than perhaps improving their overall lifestyle choices and thus their overall quality of health. As getting a GP appointment has become harder than ever, more of us are resorting to using A&E services instead of GP surgeries to get what we want/need. Technology, although more effective and therefore beneficial to patients, is becoming increasingly costly. Expectations around what the NHS is, and what services is provides seems to be ever expanding and thus stretches the institution to its capacity. Lastly, our overall population is becoming older, relying on the NHS for longer whilst simultaneously being more susceptible to serious illnesses and diseases that cost the NHS a lot more than your average patient with a cold.

We are officially the most overweight nation in Europe. The government has introduced a sugar tax the issue of sugar and obesity is that bad. Children are growing up obese, consuming vast amounts of sugar setting them up for a life of chronic disease and ill-health – and the NHS for a life of financial indebtedness.

Therefore, the new Cadbury’s Dairy Milk chocolate bar could potentially be saving the NHS some serious cash going forward, for which we thank them. However, this is only one product amongst thousands. Plus, this 30% bar will not even replace the original Dairy Milk bar but only be placed alongside it on supermarket shelves as an alternative choice. Thus, although applaudable, the potential impact of actions like these by multinationals is small and so alternative, and more significant, routes of action need to be taken. Let me tell you about locum agencies.

Right now almost £4 billion pounds is spent by the NHS in the UK every year on locum agencies. These are companies who fill vacancies for doctors and nurses in hospitals and GP practices by hiring in freelance (‘locum’) versions, the costs for which are paid for by the NHS. In the past these agencies have faced severe criticism such as from the likes of former health minister Jeremy Hunt, asserting they charged ‘extortionate rates’ for the services, but also because they sometimes take up to a 50% cut of the rates they charge NHS providers.

Locum agencies cost the NHS a lot of money, and are generally inefficient due to constant back and forth between locums and clients, a reoccurring need to file paperwork and compliance checks, and a slow and sluggish invoicing and taxation filing system.

However, just like Cadbury’s, there are companies like Pairoo doing their bit to try and solve this national crisis. Pairoo is a game-changing online platform trying to simultaneously increase the efficiency of the locum industry and increase its effectiveness by taking out the middleman and automating as much of the process as possible. It has the potential to save the NHS huge amounts of money once it expands nationwide.

Not only this, but by making the process of acquiring Locum GPs and nurses easier and quicker, we will see locums and practice managers with more time on their hands. They will be happier, and as a result, will give better and more stressless treatment to patients – a win-win for everyone, and our ultimate aim. When GPs are happy and give good service, patients are happy and have better experiences. They give better reviews and spread a positive word of mouth around and so NHS providers will be happier, in turn making the government happier. This increased level of happiness and positivity can surely only have a positive impact on everyone’s health too?

The NHS is not in great shape and needs help getting back on the mend. Cadbury’s is making a start, and Pairoo is making a difference too. Let’s help save the health of the NHS.